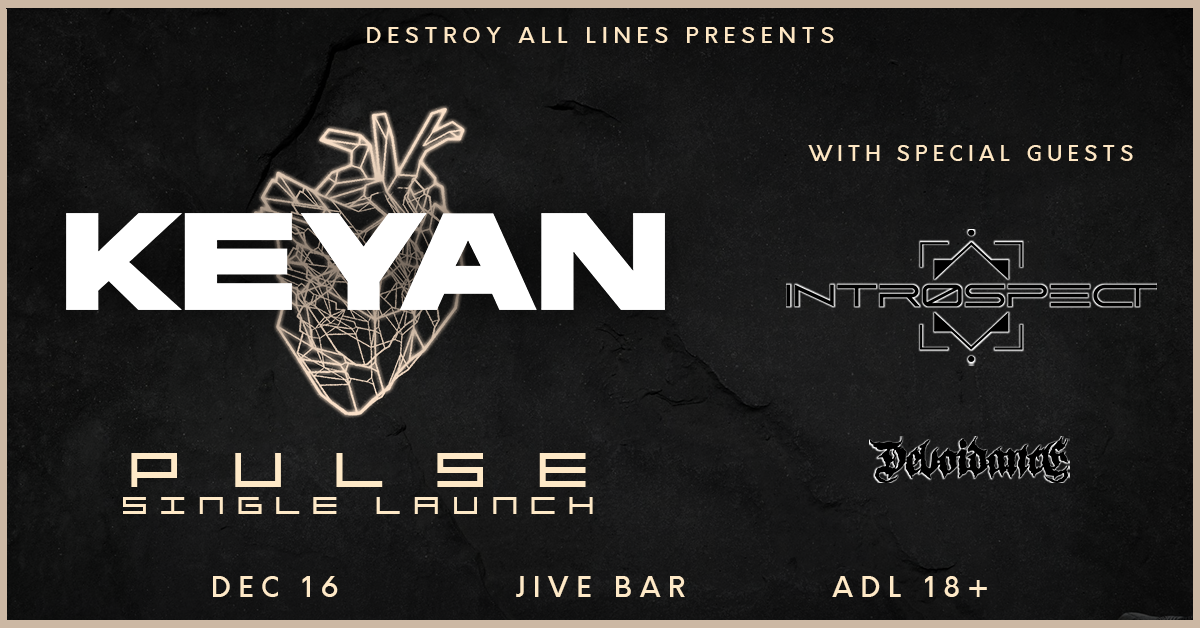 Keyan Houshmand is a modern guitarist based in Adelaide, Australia who has made a name for himself in the metal guitar community with his in-depth YouTube videos, quick-fire Instagram videos and now an ever growing profile on TikTok.

Ranging from brain stuttering riffs, to emotional solos and vocal-like lead work, Keyan has exercised his musical assets to like-minded viewers across the world.

His cool, calm, collected and often educational approach towards his content has earned him over 5,000,000 views, and ~250,000 watch hours on YouTube, with nearly 100,000 followers across Instagram and TikTok as he exercises his informative yet comedic approach to the guitar world. Producing content for the modern guitarist, his main goal is to show how easy it is to create heavy music from the comfort of a bedroom.

It’s now time to put that theory into practice, with the launch of Keyan’s brand new single 'Pulse' showcasing the thematic song writing that he is known for.

For the very first time, Keyan will also be offering a special Guitar Masterclass for fans hosted at Derringers Music (66-72 Leader St, Forestville) on Thursday December 15th. The ticket will include both the Guitar Masterclass and a ticket to the show on December 16th at Jive.